We started high school last Wednesday in my school district. Students eagerly, if not with a little trepidation, entered their classrooms with high hopes and fresh expectations. That is – most students.

The week prior to school starting, Missouri state exam testing results were released. The results were depressing.

In our state of 554 school districts, 74% did not make AYP. In my school district, all but five schools are on some level of the MO School Improvement “watch list.” My school is one of those schools. 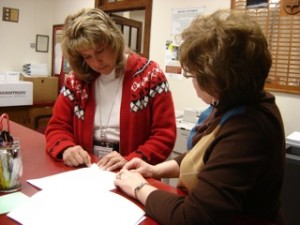 In order to attempt to make AYP for the next school year, my school must have around 60% of all testing students score advanced or proficient in Algebra 1 and English 2. If I can’t create a situation where that occurs, Missouri’s Department of Elementary and Secondary Education (MO DESE) offers specifically and mathematically determined thresholds to help us “make” our AYP Target – these thresholds are titled “confidence intervals (CI),” “safe harbor,” and “growth.” These thresholds are determined by student attendance (total population) and graduation rate. This is where we struggle on the journey – but it is trails West for us. We worked hard this year in both subjects, we knew we made significant progress with our students – and with the CI we survived in English. We were ambushed in Algebra.
Even if we change modes of travel, there will be no safe harbor for us.

And then, riding in from the East, are all the students who want to attend our great school. They are weary travelers with tales to match those of Canterbury – these student travelers are mad at their parents and have left home, they are pregnant and met Missouri “Romeos” on-line who offered them residence, they want to attend school with their summer friends so badly they offer addresses that don’t exist in order to come to our school. Test scores don’t worry them – they never have. Attendance doesn’t worry them – they are willing souls in August and September. Graduation doesn’t worry them – they hope they will, one way or another. And the tales grow.

The educator in me screams “Yes! Let the children be educated.” The principal in me screams, “No! These children have homes, and their resident schools must educate them.” And McKinney-Vento says, “Yes. These children shared their sad, weary stories, and they are “considered” homeless.” And AYP says, “No. When the children leave your school for a destination unknown, you will be held accountable for their journey, and the students you legally educate will be labeled as not making adequate progress.”

If only No Child Left Behind gave credit for schools attempting to bring every child along on the journey of learning. Then every school in the nation would be clamoring for the ones left behind. 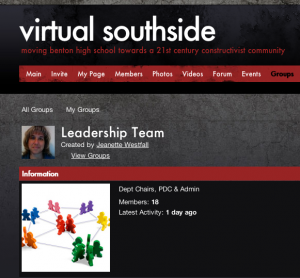